Posted by Dr. Matthew Wion at 8:43 PM No comments:

Posted by Dr. Matthew Wion at 9:00 AM No comments:

The Public Option will be in the Senate Bill! The compromise? States can choose to back out. So that means that you Rick Perry and you Bobby Jindal will be the ones who get to choose to harm the people of your states and sell them out to your insurance company overlords!! Ha!!!! In more sane states, we will finally have some relief from corporate villains who have been denying our claims!

The Origins of the Financial Crisis

Posted by Dr. Matthew Wion at 8:00 AM No comments:

Water World: The Future is NOW 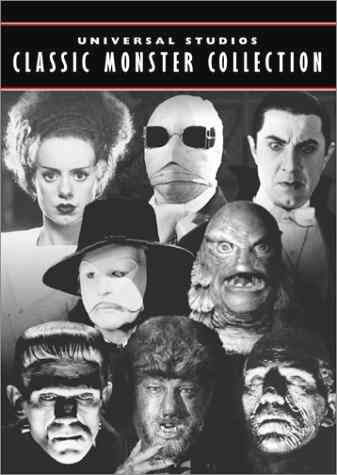 I have not forgotten Health care reform

The miniseries starts in the mid — 19th century, when nature lovers began urging that the expanding nation set aside areas of wilderness to remain undeveloped and unspoiled. Their cautionary tale was Niagara Falls, which by the 1860s was "almost ruined" — overrun by hucksters and tourist traps, with nearly every good view privately owned. Unless the government acted, advocates like naturalist John Muir warned, Yosemite and Yellowstone would end up the same way. "To Europeans," reads narrator Peter Coyote, Niagara "was proof that the United States was still a backward, uncivilized nation."

Government intervention! Private-sector-bashing! Americans trying to impress Europeans! These and other pinko motivations would secure a permanent federal handout for Yogi Bear and his picnic-basket-redistributing comrades. You can imagine how the proposal might go down were the parks starting from scratch today. Socialized nature, controlled by tree czars?

And in the decades that followed, there were battles — with drillers, ranchers, developers — over and over (and over: The National Parks is gorgeous, but at 12 hours, it sometimes gives new meaning to the term geologic time). When FDR created Jackson Hole National Monument in 1943, a Wyoming Senator likened the plan to Pearl Harbor, while a local journalist compared it to Hitler's Anschluss.

Burns and writer Dayton Duncan make plain which side they're on. (The subtitle is a hint.) A section on the battle to create a park in the Smoky Mountains contrasts schoolkids collecting pennies for the effort with logging companies bankrolling ads and "frantically cutting the old-growth forests ... to extract everything they could before the land was closed to them." Speaking to critics this summer, Burns said, "If there were no national parks, [the Grand Canyon] would be a gated community."

The national parks — and The National Parks — are based on ideas that are classically, if not radically, communitarian: That the free market doesn't always act in the public interest. That it's good that every American shares ownership of and responsibility for the most exclusive properties in the country. And that it is right for people — through government — to protect them from business interests and even from the people themselves (like the early visitors who shot game and scratched their names on ancient rocks). A series on a public-TV network that calls a government program America's best idea? Has no one alerted Rush Limbaugh?

It is a good time to remind Americans that federal government is not always bad. To the contrary, big business is a serious threat to Democracy. Privatization puts power, wealth, and property into the hands of a few, public services and resources - like National Parks - spread power, wealth, and property to all of us. "We the People" own the national parks. This is a truly democratic idea. And that idea makes Ken Burns new documentary well worth viewing.

Saint Francis of Assisi: Make me an Instrument of Your Peace

Mr. Gandhi still speaks to us

Yesterday was the 130th anniversary of the Birth of Mohandas K. Gandhi. Let us remember the man, let us recall what he stood for, and let us hear what he still has to teach us.

Corporations are people too

The Supreme Court is returning early from its summer recess to consider a potential watermark case that could overturn a century of campaign finance restrictions and clear the way for unregulated spending by corporations on political campaigns. The case, Citizens United v. The Federal Election Commission, has grown from a limited question about a political documentary to a broad challenge to the government's right to restrict corporations from spending money to support or oppose political candidates.

Encompassing questions on First Amendment rights, the power of corporations and the influence of money on political elections, it's no wonder the case has created an assortment of strange bedfellows. Conservatives and liberals appear on both sides, either to defend the government's right to restrict corporate political advocacy or, on the other side, to argue that such regulations are a violation of the First Amendment.

A good description of the issue at hand. Moyers' continues:

At the center of this case is a 2008 political documentary, HILLARY: THE MOVIE, which sought to portray then presidential contender Hillary Clinton as a dangerous threat to the United States. The Federal Election Commission considered it an electioneering communication, funded by a corporation, and therefore subject to McCain-Feingold restrictions.

When the case appeared before the Supreme Court last session, in early 2009, the question was only whether HILLARY: THE MOVIE was an electioneering communication, but the case has grown in the re-argument. According to the NEW YORK TIMES' Adam Liptik, "some of the broader issues implicated by the case were only glancingly discussed in the first round of briefs, and some justices may have felt reluctant to take a major step without fuller consideration." The court asked for a re-argument, specifically as to whether the court should overrule two previous decisions that upheld the government's right to limit certain types of corporate political advocacy — the 1990 decision in Austin v. Michigan State Chamber of Commerce, which upheld a Michigan state law, and the 2003 decision in McConnell v. Federal Election Commission, which upheld McCain-Feingold.

Let us step back for a moment. People have rights. We have the right to life, liberty, property, and the pursuit of happiness. I would argue that we also have rights to a basic standard of living, including: food, water, shelter, and health care. Buildings, on the other hand, do not have rights; they cannot exercise them. Rocks, bricks, and cars have no rights for the same reason. But the Lawyer for the Corporations argues that Corporations - which are no more "persons" than rocks or bricks - are being denied their right to free speech under the current law!

I must say this loudly and clearly A CORPORATION IS NOT A PERSON. A corporation is a legally protected contract arrangement in which a group of individuals have come together and formed a charter which gives them limited liability and tremendous financial resources. The people forming the charter have rights, but a corporation exist only in the realm of legal entities and has no rights whatsoever.

But the absurdity factor is the least of our problems. Corporations have resources beyond even the imaginations of most real people. If Corporations are allowed to directly promote and support or oppose and attack particular candidates, then the real people cannot have a chance to compete. Democracy will have been utterly undermined and perhaps even destroyed.

At some point, we have to say enough is enough. We have to refuse to give up another one of our rights to make corporate profits larger and corporate investors and CEO even more absurdly wealthy. It is time to put our foot down. It is time to end the long process of Corporations growing full, vampire-like, on our weakened and violated bodies.

But why stop with campaign finance? Let's send a firm message to all the corporate stooges in government.

Begin with the most foul, the most vile, the most blatantly servile of corporate owned puppets; Max Baucus. This guy wrote a bill so generous to the health insurance industry that they could not have in their wildest dreams have hoped for it! Let the voters in Montana know, this guy is a whore for corporate cash. He has no shame and must be voted out of office. The man disgust me. He should disgust us all.

So there we are. After Baucus we know for certain that elected officials are nothing more than servants to their corporate masters; we shall see whether the Supreme Court is equally ready to sell out real people for imaginary ones.

Either way, the time has come to turn the tables on this "den of thieves."

Posted by Dr. Matthew Wion at 1:11 AM No comments: