Where is the promised Health Care reform?

Rove still spits in the face of the law

Posted by Dr. Matthew Wion at 2:35 PM No comments:

Jimmy Carter to be on the Daily Show Monday night

HBO cut the prayer given by Gene Robinson. This is of course appauling. However. someone taped it there and put it on youtube. Proof that the internet can bypass the corporate media and networks.

I particularly like that the Bishop asked us to dissent and to question the platitudes we are fed. In fact, I suspect his statements of doubt and dissent are the reason HBO did not televise his prayer, rather than any issue with his sexual preference; though that is also possible of course.

I think Warren's prayer was well spoken. Solid rhetoric, and some nice sentiments about unity, inclusiveness, and the truly marvelous victory of our first African-American President. He was a lttle too "America is better than everyone else" for my taste, but not a bad prayer.

Still, I wish that Bishop Robinson would have been featured equally with Warren and not relegated to "off-air" status.

Posted by Dr. Matthew Wion at 9:59 PM No comments:

Even the Ewoks are Celebrating today

The whole Galaxy is celebrating freedom from Bush!!! Take a look here, even the Ewoks are happy about it!!

The Reign of Terror is over . .. Joy to the world!

How to celebrate the absolute joy and sweet relief I feel now that Bush is no longer our president. How to enjoy the moment of freedom from that inept, corrupt, and horrific man and his pathetic adminstration of lunatics, demons, and bunglers.

This is what I've been wondering: What expression of joy fits?

Take a look at the following video, change the setting, the characters, and the cause of celebration, and you will quickly get the drift - it is the mood of celebration and the satisfaction of being suddently liberated from something horrible that suits the day.


The Mayor of Munckin City is right: This is a day of independence for all of us and our descendents!! Let the joyous news be spread, the wicked administration at last has fled!!!!!!
Posted by Dr. Matthew Wion at 11:07 AM No comments:

Bush officials should be prosecuted

Keith Olbermann makes the case that Obama must prosecute Bush officials who knowingly authorized and commanded torture. Can anyone seriously disagree? Does anyone think that these officials should be allowed to get away without any penalty for torturing people?!

Visit msnbc.com for Breaking News, World News, and News about the Economy

This Martin Luther King Jr Holiday is obviously extra-meaningful. Tomorrow we swear in our first African-American President. Clearly this a quite a step forward for the United States of America.

We are a step nearer to the realization of King's "dream." Though we are still far from the whole of that dream. If you'd like to know just how far, do a little research on King the man. Read some of his speeches and sermons against the war in vietnam and American foreign policy generally. Learn what King meant by "economic democracy".

He was far more than a guy who just objected to segregation. King sought a radical reconstruction of society, a massive change. A world in which all people had not only the right to vote, not only did not suffer segregation, but had control over their economic plight; freedom not only to be left in peace, but to flourish. He was more radical than the tame image of him we are exposed to would let us believe.

So with the dawn of a world in which a Black man holds the most powerful office on earth, let us remember Dr. Martin Luther King jr. But let's move past the domesticated and tamed version taught in grade schools and remembered in history.

Study the man's writings and sermons, speeches, and letters, and find a man whose vision is far more radical than we suppose, and whose dream is far larger than we had imagined.

His speeches against the war in Vietnam is a good place to start - note his claim about America's arrogance - I share some of these here: 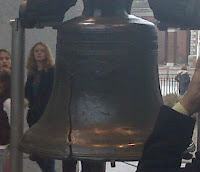 Posted by Dr. Matthew Wion at 9:30 AM No comments:

Unity and Dialogue? Could it be?

Bishop Robinson was on Rachel Maddow tonight. What he had to say was quite interesting:

Visit msnbc.com for Breaking News, World News, and News about the Economy

equally interesting, Rick Warren has reached out to Bishop Robinson and seems to approve of Obama's choice here:

I confess that this news has lifted my spirits. Is it possible that we might see real dialogue? Real growth and change? Do we dare to hope??
Posted by Dr. Matthew Wion at 10:30 PM No comments:

Barack Obama has picked Gene Robinson to lead the prayer at the Lincoln memorial!

I have to say that this is rather inspiring news. The first openly gay bishop to lead the prayer!!

I was quite critical of Obama's pick of Rick Warren, thinking it was an insult to gays and lesbians. Now I see clearly that I was wrong to be so critical of Obama, he seems genuinely to want to include everyone, to be "everyone's president." And if Robinson and Warren can perhaps sit down and dialog in good will, find common ground . . . . just maybe there is hope for us all.

Good job President Obama!
Read the Article at HuffingtonPost
Posted by Dr. Matthew Wion at 9:42 AM No comments:

Posted by Dr. Matthew Wion at 2:24 AM No comments:

These are War Crimes

Posted by Dr. Matthew Wion at 1:50 PM No comments:

Obama speaks out on Gaza .... sort of

Posted by Dr. Matthew Wion at 8:17 PM No comments: