An Open Letter to Max Baucus

I wrote the following letter to Max Baucus, I encourage others to write his office as well:

I do not live in Montana and so I am not one of those you represent; but I think that many of them share my feelings.

You are the largest recipient of Health Insurance Industry money in congress. This has disturbed me since I first heard you were in charge of Health Care reform.

Now we learn that you are ready to drop the Public Option. You are betraying the American people sir .

To be quite frank, you are opposed to the public option for one reason: your corporate masters' money.

You know that the only way to keep the private industry honest is to have them compete with a government funded public health care plan. This is the only way they will be forced to actually cover people and keep their costs down. Without the public option, the private health insurance companies will continue to hurt people without anything to stop them.

And yet, because of the money you have received, you are going to drop the public plan.

I a writing to speak to your conscience sir. Do you want to be remembered as a corporate stooge who stuck it to the people of America? Or would you prefer to be thought of as someone who changed America for the better.

Much lies in your hands. Insist on a public option ... don't negotiate it a way.

I call upon your integrity and your conscience sir. I also remind you that you represent the people that dropping the public open will harm. People will remember that Senator, and in turn you may find that you are not elected again.

Please ... DO THE RIGHT THING! Don't sell out America.

Posted by Dr. Matthew Wion at 8:30 PM No comments:

Gun Control or Out of Control

Posted by Dr. Matthew Wion at 8:00 AM No comments:

We already have Public Health Care: and it works!

Posted by Dr. Matthew Wion at 1:31 AM No comments:

Reform, if it happens, will rest on four main pillars: regulation, mandates, subsidies and competition.

By regulation I mean the nationwide imposition of rules that would prevent insurance companies from denying coverage based on your medical history, or dropping your coverage when you get sick. This would stop insurers from gaming the system by covering only healthy people.

On the other side, individuals would also be prevented from gaming the system: Americans would be required to buy insurance even if they’re currently healthy, rather than signing up only when they need care. And all but the smallest businesses would be required either to provide their employees with insurance, or to pay fees that help cover the cost of subsidies — subsidies that would make insurance affordable for lower-income American families.

Finally, there would be a public option: a government-run insurance plan competing with private insurers, which would help hold down costs.

And according to a recent blog post from Robert Reich:

the four key elements that have already emerged from House committees: (1) a public plan option, (2) a mandate on all but the smallest employers to provide their employees with health insurance or else pay a tax or fee (so-called "pay or play"), (3) a requirement that every individual and family buy health insurance, coupled with subsidies for families up to 300 or 400 times the poverty level in order to make sure it's affordable to them; and (4) a small surtax on the top 1 percent of earners or families to help pay for this subsidy ("tax the wealthy so all Americans can stay healthy.")

This is the reform being discussed, not anything like the system in Canada and Britain. So enough nonsense.

The most contested part of this reform plan is the Public Option (The Health insurance industry, the GOP and "Blue-dog" democrats are working hard to eliminate it from the final bill). If the Public Option does not go through there can be no real reform. Why? Check out the following two links to understand why:

There are two strongly distinctive aspects of health care. One is that you don’t know when or whether you’ll need care — but if you do, the care can be extremely expensive. The big bucks are in triple coronary bypass surgery, not routine visits to the doctor’s office; and very, very few people can afford to pay major medical costs out of pocket.

This tells you right away that health care can’t be sold like bread. It must be largely paid for by some kind of insurance. And this in turn means that someone other than the patient ends up making decisions about what to buy. Consumer choice is nonsense when it comes to health care. And you can’t just trust insurance companies either — they’re not in business for their health, or yours.

This problem is made worse by the fact that actually paying for your health care is a loss from an insurers’ point of view — they actually refer to it as “medical costs.” This means both that insurers try to deny as many claims as possible, and that they try to avoid covering people who are actually likely to need care. Both of these strategies use a lot of resources, which is why private insurance has much higher administrative costs than single-payer systems. And since there’s a widespread sense that our fellow citizens should get the care we need — not everyone agrees, but most do — this means that private insurance basically spends a lot of money on socially destructive activities.

The second thing about health care is that it’s complicated, and you can’t rely on experience or comparison shopping. (”I hear they’ve got a real deal on stents over at St. Mary’s!”) That’s why doctors are supposed to follow an ethical code, why we expect more from them than from bakers or grocery store owners.

You could rely on a health maintenance organization to make the hard choices and do the cost management, and to some extent we do. But HMOs have been highly limited in their ability to achieve cost-effectiveness because people don’t trust them — they’re profit-making institutions, and your treatment is their cost.

After reading this it is a very good idea to get acquainted with the data collected (from numerous expert studies and sources) by the bi-partisan National Coalition on Health Care which recommends a public plan as part of reform and details the fact that our system not only broken but shredded to bits. Equally, the data provided by The World Health Organization is an eye opener about how badly our system is working - or better, not working.

Posted by Dr. Matthew Wion at 1:41 PM No comments:

Why we should raise taxes on the wealthy

Love in Truth: The Gospel of Justice

Posted by Dr. Matthew Wion at 1:44 AM No comments: 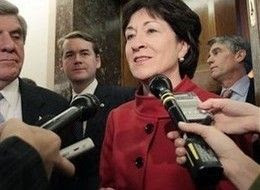 We must learn the names of these "centrist" senators. They are engaged in a reprehensible tactic to stall health care reform in order to destroy it. Their motivation is to serve their corporate masters and continue to reap lucrative campaign contributions. They refuse to bite the hand that feeds them.

If any of these Senators are your representatives call them, write them, organize and rally at their offices. If they prevail the blood will be on their hands, but sadly it will be our blood.

They must be stopped!
Read the Article at HuffingtonPost
Posted by Dr. Matthew Wion at 12:46 AM 3 comments:

When Our Presidents must be Bold and UNCOMPROMISING! 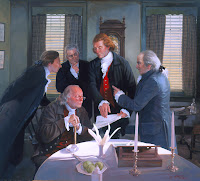 We hold these truths to be self-evident, that all men are created equal, that they are endowed by their Creator with certain unalienable Rights, that among these are Life, Liberty and the pursuit of Happiness. — That to secure these rights, Governments are instituted among Men, deriving their just powers from the consent of the governed, — That whenever any Form of Government becomes destructive of these ends, it is the Right of the People to alter or to abolish it, and to institute new Government, laying its foundation on such principles and organizing its powers in such form, as to them shall seem most likely to effect their Safety and Happiness. Prudence, indeed, will dictate that Governments long established should not be changed for light and transient causes; and accordingly all experience hath shewn that mankind are more disposed to suffer, while evils are sufferable than to right themselves by abolishing the forms to which they are accustomed. But when a long train of abuses and usurpations, pursuing invariably the same Object evinces a design to reduce them under absolute Despotism, it is their right, it is their duty, to throw off such Government, and to provide new Guards for their future security. — Such has been the patient sufferance of these Colonies; and such is now the necessity which constrains them to alter their former Systems of Government.

Let us read these words very carefully, and, this July 4th instead of merely getting drunk and hearing that awful Lee Greenwood song, let's start to ask ourselves how we can win our country back.

Has Sarah Palin left us?

Public Campaign Financing: The way to Save Democracy

Sen. Mary Landrieu (D-La.) has simply stated, through her flack, that she refuses to support a public option. Sen. Ron Wyden (D-Ore.), who has tried to fashion a plan that will entice Republicans, warns that the public option is a step toward single-payer health care-not much of an objection, considering that it's a model that serves people in every other industrialized country with lower costs and superior outcomes. Sen. Dianne Feinstein (D-Calif.) feebly protests that her state's mismanagement by a Republican governor must stall the progress of the rest of the country. Sen. Kent Conrad (D-N.D.) says he has a better plan involving regional cooperatives, but they would be unable to effectively compete with the insurance behemoths or bargain with pharmaceutical giants.

The excuses sound different, but all of these lawmakers have something in common-namely, their abject dependence on campaign contributions from the insurance and pharmaceutical corporations fighting against real reform. Consider Louisiana's Landrieu, a senator from a very poor state whose working-class constituents badly need universal coverage (and many of whom now depend on Medicare, a popular government program). According to the Center for Responsive Politics, a nonpartisan watchdog outfit, she has received nearly $1.7 million from corporate medical interests, including hospitals, insurance companies, nursing homes and drug firms, during the course of her political career.

The same kind of depressing figures can be found in the campaign filings of many of the Democrats now posing as obstacles to reform, notably including Sen. Max Baucus (D-Mont.), the chairman of the Senate Finance Committee, who has distinguished himself in the most appalling way. The Montana Standard, a news outlet in his home state, found that Baucus has received more campaign money from health and insurance industry donors than any other single member of Congress. "In the past six years," the Standard found, "nearly one-fourth of every dime raised by [Baucus] and his political-action committee has come from groups and individuals associated with drug companies, insurers, hospitals, medical-supply firms, health-service companies and other health professionals."