I'm Mad as Hell and I'm not gonna take any more!

Colbert hammers Obama for his failure to promote gay rights.

Posted by Dr. Matthew Wion at 3:19 PM No comments:

Capitalism means growth, but also instability. The system is dynamic and inherently prone to crashes that cause great damage along the way. For about 90 years, we have been trying to regulate the system to stabilize it while still preserving its energy. We are at the start of another set of these efforts. In undertaking them, it is important to keep in mind what exactly went wrong. What we are experiencing is not a crisis of capitalism. It is a crisis of finance, of democracy, of globalization and ultimately of ethics.

"Capitalism messed up," the British tycoon Martin Sorrell wrote recently, "or, to be more precise, capitalists did." Actually, that's not true. Finance screwed up, or to be more precise, financiers did. In June 2007, when the financial crisis began, Coca-Cola, PepsiCo, IBM, Nike, Wal-Mart and Microsoft were all running their companies with strong balance sheets and sensible business models. Major American corporations were highly profitable, and they were spending prudently, holding on to cash to build a cushion for a downturn. For that reason, many of them have been able to weather the storm remarkably well. Finance and anything finance-related—like real estate—is another story.

Finance has a history of messing up, from the Dutch tulip bubble in 1637 to now. The proximate causes of these busts have been varied, but follow a strikingly similar path. In calm times, political stability, economic growth and technological innovation all encourage an atmosphere of easy money and new forms of credit. Cheap credit causes greed, miscalculation and eventually ruin.

There is, of course, some real truth here. But one already sees the problem: Zakaria reminds us that Capitalism is inherently unstable, busts and booms are common. Yes. We all know this. But, he seems to think, we should simply accept this as the inevitable by-product of all that wonderful growth we shall get in the long term.

Zakaria is not wrong about this. But he fails to ask himself and his readers two questions, questions that demand to be asked: 1) is there another system other than pure capitalism that can give us the growth we need, without the frequent busts and recessions? 2) Who profits from the growth? The more deregulated capitalism is, the greater the growth. That's empirically certain. But what Zakaria fails to mention is that fewer and fewer people actually get that growth, leading to a widening gap in which the rich get richer and the poor get poorer. unchecked capitalism leads to wealth and power finding their way into fewer and fewer hands. This also is empirically certain (cf. Paul Krugman The Return of Depression Economics and the Crisis of 2008). Zakaria not only fails to address but fails even to mention these issues.

Of course, on Zakaria's behalf It is only fair to note that he does think a little more regulation is needed. Capitalism should not be totally unrestrained. I grant that the minimal regulations Zakaria - and the Obama Administration - call for are better than nothing. But they are far too little to make a real difference in the long run.

Zakaria - and again the Administration is on the same page - believes that the system of a market dominated by huge multi-national corporations is fundamentally sound. The problems with that system are seen to be the fault of a few greedy companies and individuals who need to be watched a little more closely. If this is done, Zakaria thinks, then everything will just be wonderful.

In Zakaria's own words

There's a need for greater self-regulation not simply on Wall Street but also on Pennsylvania Avenue. We get exercised about the immorality of politicians when they're caught in sex scandals. Meanwhile they triple the national debt, enrich their lobbyist friends and write tax loopholes for specific corporations—all perfectly legal—and we regard this as normal. The revolving door between Washington government offices and lobbying firms is so lucrative and so established that anyone pointing out that it is—at base—institutionalized corruption is seen as baying at the moon. Not everything is written down, and not everything that is legally permissible is ethical.

So the answer for Fareed Zakaria is that we should all be more responsible and more ethical people. Of course we should be. But will a few oversights and a call to conscience really solve the problem? The all too common corruption in the corporate world, the massive amount of exploitation and harm caused by the free market suggest that the problem may be far deeper than a few greedy executives (Cf. The Corporation)

There is ample empirical evidence that the widening gap between the rich and poor, the concentration of wealth into fewer and fewer hands, the exploitation of the working classes the world over, and the buying of our politicians by corporations is the direct result of giving too much freedom and power to the market, whose goal after all is profit (again see Krugman's work and also The Corporation)

Think about it this way: the modern corporation has one goal, to maximize profit. The way to do that is simple: overcharge, scam, cheat, exploit, underpay, rip-off, externalize costs, buy politicians, and otherwise scheme whenever and however you can. One may object to this claim, but on what grounds? If your goal is profit and you are given unimaginable power, very little oversight, and only minor penalties ... well, what do you think will happen? Corruption and deceit are inevitable in system that operates solely for profit, unless that system is very strongly restrained and checked.

Perhaps this evidence can be explained. Perhaps, these charges can be answered. Perhaps a case can be made for capitalism as against other alternatives. Perhaps Zakaria is right to tell us - as he does directly - that capitalism is the best possible system. But he does not discuss any other options. He does not consider the claim that the system itself is irredeemable a serious suggestion.

And this is the core problem with Zakaria's defense of Capitalism: the real possibility that the entire capitalist system - at least corporate capitalism in which multinational corporations run the system - is a serious one, but Zakaria fails to treat it as such.

Posted by Dr. Matthew Wion at 4:08 PM No comments:

Tony Benn and Richard Dawkins debate the value of religion

Woe unto you Scribes and Pharisees!

Posted by Dr. Matthew Wion at 2:04 PM No comments:

If Jesus were a Health Insurance CEO

Wionisms: Compromise is not always a good thing

I've been lucky enough to grow up a Padre fan. I've been there for many memories, like Trevor Hoffman's 500th save and Greg Maddux's 350th career win. But since I was about two years old I have wanted nothing more than to meet Tony Gwynn. If his amazing achievements on the field weren't enough to keep him my number one favorite player, Tony's 2000th and 3000th hits were on August 6th, his mother's birthday which is also my birthday. I've always boasted about sharing a birthday with Tony Gwynn's Mom!

So practically all my life I've wanted to meet Tony Gwynn, but I've always seemed to come so close and then miss the opportunity. If I'd arrive early enough for batting practice, Tony wouldn't be out. If there was an autograph signing, I would find out about it after the fact. It just seemed impossible to meet him.

Finally I heard about a signing at El Cajon Ford, and even though I was there early and Tony signed well past the allotted time, they stopped the signing when I was about ten people away from him. For years it has been a joke in my family how I never get to meet him. I honestly thought that the closest I'd ever get to Tony Gwynn was his statue at Petco Park.

But last year at the 1998 celebration game I was early enough to get in line to meet some of the 1998 players. The lines weren't marked at the time so I just got in the one that was closest to me. After standing around for a while an usher informed me I was in fact in the line for Mr. Padre himself, Tony Gwynn. Well I just about fainted! And then I really started to freak out. I waited and waited and waited. It was only about an hour wait but it felt a lot longer and I was sure I'd be next in line and they would say it was too late. But thankfully I finally got to the autograph table and the usher told me to step up to the table. It was a quick exchange, like most autograph appearances are, but it was the most amazing experience I've had as a Padre fan. After 20 years, I had finally met Tony Gwynn, Mr. Padre!

I returned to my seat and called everyone in my family to tell them the great news. The ball that Tony signed is by far one of my most precious possessions. The only question I have left now that I've met him is: what do I do now?
- Caitlin Wion, 40 Years of Padres Memories Contest Winner

That is a fine memory! And I'm proud to say that my sister has good writing skills as well! 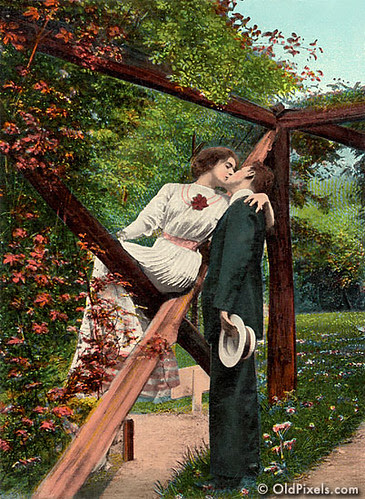 The following is an article I wrote for Huliq News

"A growing trend among college students and other young singles is to have sexual or slightly less than sexual encounters with no commitment and no strings attached. NPR has recently studied the trend.

The Program can be found here.

The basic ideas are found on the NPR web sight:

The hookup — that meeting and mating ritual that started among high school and college students — is becoming a trend among young people who have entered the workaday world. For the many who are delaying the responsibilities of marriage and child-rearing, hooking up has virtually replaced dating.

It is a major shift in the culture over the past few decades, says Kathleen Bogle, a professor of sociology and criminal justice at La Salle University.

Young people during one of the most sexually active periods of their lives aren't necessarily looking for a mate. What used to be a mate-seeking ritual has shifted to hookups: sexual encounters with no strings attached.

Young people from high school on are so preoccupied with friends, getting an education and establishing themselves, they don't make time for relationships.

This is an interesting trend.... I have no real interest in "moralizing" about it. I think, however, that from the standpoint of someone who thinks life is about building deep and abiding personal relationships (romantic AND otherwise) ... I'm not convinced that there is anything particularly fulfilling or rewarding here. But then again ... Perhaps others feel differently?

Where compassion and love are, there God is.
The love of Christ has gathered us into one flock.
Let us exult, and in Him be joyful.
Let us reverence and let us love the living God.
And from a sincere heart let us love each other.

Where compassion and love are, there God is.
Therefore, whensoever we are gathered as one:
Lest we in mind be divided, let us beware.
Let cease malicious quarrels, let strife give way.
And in the midst of us be Christ our God.

Where compassion and love are, there God is.
Together also with the blessed may we see,
Gloriously, Thy countenance, O Christ our God:
A joy which is immense, and also approved:
Through infinite ages of ages.
Amen.

Desmond Tutu offers wisdom and advice to this year's graduates

Posted by Dr. Matthew Wion at 2:32 PM No comments:

Posted by Dr. Matthew Wion at 6:04 PM No comments:

Olbermann on murder as the product of right wing hate