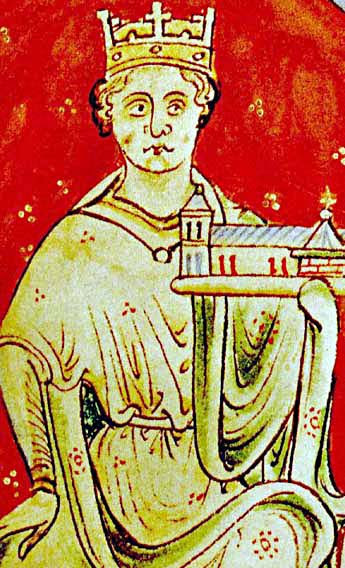 According to many versions of the Robin Hood legend, King John was in the habit of taking all of the peasants' Meager resources for his own ends. The very epitome of injustice, the vile king legalized robbery and forced the peasants into misery. He did all of this simply to make himself even wealthier than he already was.
The contemporary United States is clearly following the King John Model of Economics. We have created a system that enables a very small few to become obscenely wealthy as the direct result of policies that harm a great many of the rest of us.
Before addressing that injustice,however, we all must agree on indisputable facts. First among those facts is the massive inequality in our present American economic system.
To see just how unequal our system is consider the following chart from Bill Moyers web page:

The obvious thing to notice is that most American's incomes have not changed much over the last 30 years. The top 1%, however, has seen a massive explosion in their wealth. This is not, furthermore, a bit of good luck or hard work. The top 1% has profited directly from changes in public policy. Their taxes have been cut, slashed, dropped, and cut again ... they now pay but a fraction in taxes compared to what they did in the 1970s. Furthermore, the top 1%, consisting of largely financial industry fat cats, has made a bundle on deregulation of the banking industry. Many more examples could be cited, but you get the point: public policies have, almost without exception been geared to favor the extremely wealthy. The system has been rigged to make the richest among us even richer.
The primary defense of such a system is that allowing the top 1% so much wealth is better for all of us. It is claimed that all that wealth will eventually trickle down and find it's way into all our pockets. If the wealthy have more money, they will create more jobs, and invest in building communities. (another possible defense is to claim that it is unfair to tax the wealthy any more than we do. I have addressed this objection in another blog post, read it here)
But we have had these tax slashing, deregulating policies for over thirty years now. The wealth has NEVER trickled down. As the above chart shows, only the wealthy have seen their wealth explode greatly, the rest of us are not particularly better off regarding our income. Nor have policies created jobs. On the contrary, The American manufacturing industry has been all but destroyed, as jobs were outsourced overseas. Communities have not been rebuilt or restored, but eviscerated. We once had small family restaurants and little local book stores. Now we have only Walmart, Starbucks, and McDonalds. Small main street cities have become ghost towns, or perhaps just Walmart storage facilities.
And the cost for the 99% of us who have not benefited from the tax breaks and deregulation is that far fewer of us have health insurance, or if we do have it, it costs far more and covers much less. Not very many of us have pensions or reliable savings accounts. We are buried in debt, losing our homes, and seeing the retirement age pushed up as the amount of social security we will one day receive falls down.
There is only one truly reasonable conclusion we can reach. The massive profits of the 1% are the direct result of the huge losses for the 99%. By scamming us in the housing markets, stealing our money in the banks, denying us needed health care, wiping out our retirement, and burying us in debt, the richest have prospered almost beyond imagination.
These same wealthiest 1% drove the economy into the dust and, rather than be punished for all of the jobs they cost us, the homes they lost us, and the debt they piled on us, our government took our tax dollars and handed them over to the financial elite so they could pay bonuses and take spa days. Of course that's hardly surprising, given that our elected officials run campaigns financed by the 1%, and are thus beholden to their wealthy masters.
History tells us that the nobility of King John's age forced him to sign Magna Carta; to share much of his power and resources with them. The would not longer suffer personal injustice for the benefit of the King alone.
We are called today to force those who run our system to something far more far reaching than Magna Carta. Any system that benefits the few at the expense of the many is an unjust and immoral system. Because our system, more than most in the contemporary democratic world, greatly benefits a very few to the detriment of nearly everyone else, it is deeply unjust.
In itself, this realization does not tell us what economic system is most just; importantly, however, we know that we are obligated to change the system we have.
Posted by Matt at 11:19 PM No comments:

Why I don't Tebow: A Problem with Prayer

Why do we pray?
Those of us who do pray do so for several reasons. We pray to contemplate, to give thanks, to release stress, to focus our minds, to come closer to God, and to ask for things. We pray publicly and we pray privately. There is nothing wrong with any of this.
Now enter Tim Tebow.
For those who may not know. Tim Tebow is the quarterback of the Denver Broncos. As far as NFL quarterbacks goal his skills as a passer are, so far as I can tell, average at best (although he is a good "running" QB). Yet, somehow, this average-at-best quarterback is the talk of the nation. For better or worse as much of the talk about Tebow is about his religious beliefs and behavior as it is his prowess (or lack of it) on the football field.
Tebow's faith is a standard fundamentalist/evangelical one. He is pro-life, anti same-sex marriage, registered and votes Republican, believes in an infallible Bible and that only Christians go to heaven. Full disclosure: I reject, emphatically, each of these beliefs (though I have much sympathy with pro-life positions), so I'm not exactly prone to view Tebow's beliefs in a positive light. That said, my problem with Tebow is not his fundamentalist religious beliefs or his public admittance of them.
My problem with Tebow, rather, is his ostentatious public prayer, which have come to be known as "Tebowing." For those who don't know, Tebowing looks like this:

I have several problems with this behavior.
To begin with I find petitionary prayer problematic. If God really answered our requests then there would not be so much pain, sorrow, and loss in this world. Also, would God refuse to say, heal Grandma Joe, unless the right person asks? Do our requests determine the actions of an all-knowing and all-powerful being? I find that impossible. But I won't quibble over this factor. I'm not bothered by people in need asking God for things. When your loved ones are hurting or our pain is deep you tend to call out for a higher power to aid you. This is understandable. And if Tim Tebow were offering up these kinds of prayers, there could be no objection to his doing so. I might dispute the efficacy of such prayers, but I'm not bothered by people offering them.
My real problem with Tebow is what he prayers for: Tebow prays to win football games. He asks God to let him win. In one notorious example, in overtime against the San Diego Chargers, Tebow actually knelt down and asked God to make sure that the Chargers' kicker missed his field goal attempt!
This is sheer tribalism!
To ask God to favor your team or to in anyway intervene in football games is not merely silly, but evokes the notion of a petty deity who plays favorites and rewards those who grovel before Him sufficiently.
Does Tebow actually believe that God will ignore prayers to heal people from cancer, but make sure that Tim Tebow wins a football game? Does God care most of all about how often we praise Him and grovel before Him?
The god of such prayers is no different from a narcissistic despot!
In short, my problem with Tebowing is that it insults those who pray for more serious matters and presents an insulting picture of divinity.
Finally, however, my biggest problem with Tebow is that he is deliberately "showy" about his prayers. He presents himself in such a way that everyone sees him on one knee and every sees how "holy" he is. The whole thing comes off as rather self-righteous.
I know, of course, that many will tell me that Tebow has a right to show his faith. Others will argue that he is a "good guy" and therefore it is wrong to "hate" him. But this is all irrelevant. Tebow may be a loyal friend, devoted son, and great neighbor. He may be a nice as Mr. Rogers. And surely he does have a right to express himself in the way he does.
But Tim Tebow is being held up as a model of what a good clean American should be. There are those who call him a "great American" and a "force for good" simply because he asks Jesus to help him win football games and score touchdowns. His ostentatious and tribal prayer and piety is held up as a heroic model to imitate.
But this is no model for people of real faith.
What would be such a model?
Imagine a quarterback who prays as often as Tebow. But there is nothing showy about his faith. He quietly and unassumingly makes his requests of God. Imagine further that he does not pray for his team's victory or the other team's kicker to miss a field goal. Suppose, rather, that he prays that each and every player do his best, that all on the field be safe from injury and humiliation, and that the best team wins.
Would not this be a model of faith that we should imitate? Rather than a showy kneeler who asks God to win one for him on account of his righteousness?
That is why I don't Tebow.
Posted by Matt at 10:24 PM No comments: